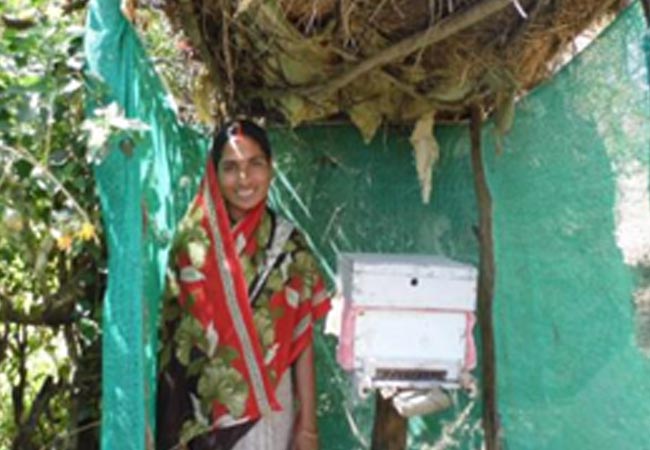 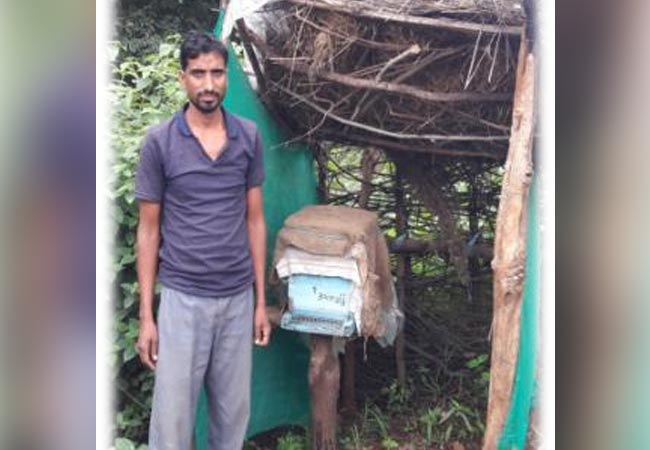 Tulsiram is another small farmer who lives in Umradi village of Jamai block with his wife and two kids. He owns 3 acres of land and has one bee box in his wadi.

Before UTMT’s intervention, he was not aware that bees canbe kept in a box. But now he is growing confident each day and getting over his fear of bees. For the last one yearsince he started beekeeping, he has seen an increase in both quantity and quality of his produce. The changes noticed by him in the field were so good that he does not feel the need to use fertilizers anymore. The fruits and flowers are of better quality with finer and bigger shape and color.

His Green pea (Batana) produce is shinier, bigger and riper and tastes better. Before beekeeping, he would get 0.5 quintals of it and now it is yielding 3 quintals on the same area. Bees can also be seen working on his pumpkin and sponge gourd.

Earlier, their farm’s produce would only suffice their own daily consumption but now with an increase in crop yields, he can sell the surplus of fruits and vegetables easily and earn R. 200-250 daily.

This additional income has helped him save for the family and kids’ future to give them a better education. He proudly recalls thetime when he was in an urgent need of money to pay the fees for his son’s school and he just went to the nearby market selling his surplus produce which he credits to the bees!